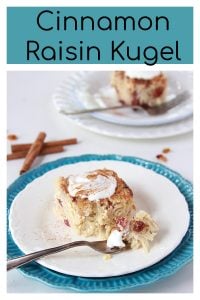 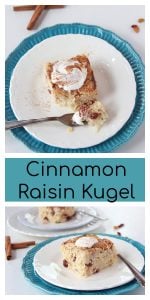 Cinnamon Raisin Kugel Recipe is a favorite dessert at Hanukkah celebrations! Traditional kugel recipes are made to celebrate Hanukkah which is a holiday celebrated during the month of December. I love our cinnamon raisin kugel recipe because its made with egg noodles, raisins, eggs, sour cream, cottage cheese, sugar, butter, cinnamon then bakes in the oven. It’s very similar to a bread pudding and we love it for dessert anytime!! 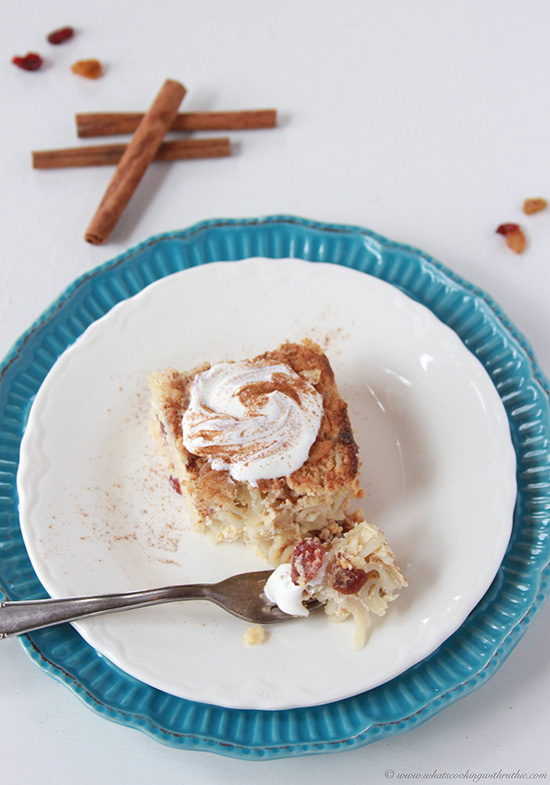 I fell in love with Kugel last year when I made it to take to a Hanukkah celebration, it was my first time to make it and it reminded me a lot of bread pudding but with noodles.  I’ve even used gluten free noodles from Trader Joes and it turns amazing that way too 🙂

Welcome back to our Culinary Journey Around the World. . . I though it’d be festive for the month of December to experience different holiday and religious celebrations that take place around the world.  Of course, enjoying traditional recipes that are part of those celebrations. . . we also enjoyed Danish Butter Cookies and experienced Denmark Holiday Traditions too!

Let take a look at some of the traditions of a Hanukkah Festival. . .

Hanukkah also (spelled Chanukah) customs include eating foods fried in oil — latkes (potato pancakes) and sufganiot (doughnuts); playing with the dreidel (a spinning top on which are inscribed the Hebrew letters nun, gimmel, hei and shin, an acronym for Nes Gadol Hayah Sham, “a great miracle happened there”); and the giving of Chanukah gelt, gifts of money, to children.

There’s quiet an in-depth story that tells of the miracle of the Menorah but a very simple version of it is it burnt for eight days on only enough oil to last for one day.  Because of the great significance of oil in the story of the Hanukkah miracle, it is traditional to serve foods cooked in oil. Among the most popular Hanukkah dishes are potato latkes (pancakes) and sufganiot(doughnuts).

It is also customary to eat dairy foods on Hanukkah, in commemoration of the bravery of Yehudit,A member of the Hasmonean family, who ingeniously planned and executed the assassination of the Syrian-Greek General Holofernes, ending the siege on the city of Bethulia and saving its residents from starvation. 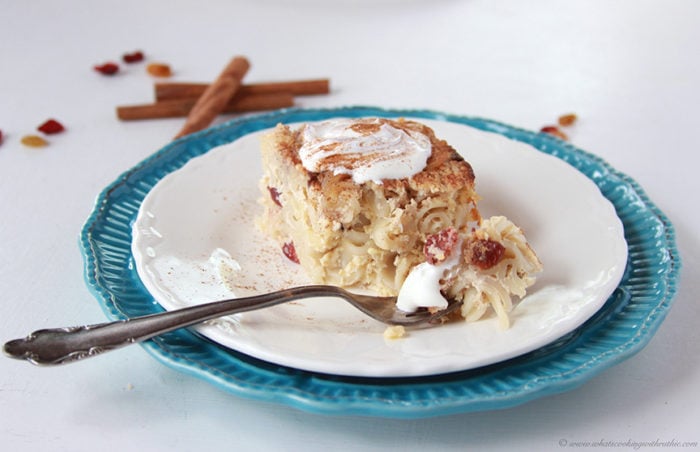 The festival of Hanukkah includes the lighting of a menorah- lights are lit in the evenings preceding each of the eight days of Chanukah, beginning with Saturday night, December 24, after nightfall.  The seven-branched menorah is a traditional symbol of Judaism, along with the Star of David. 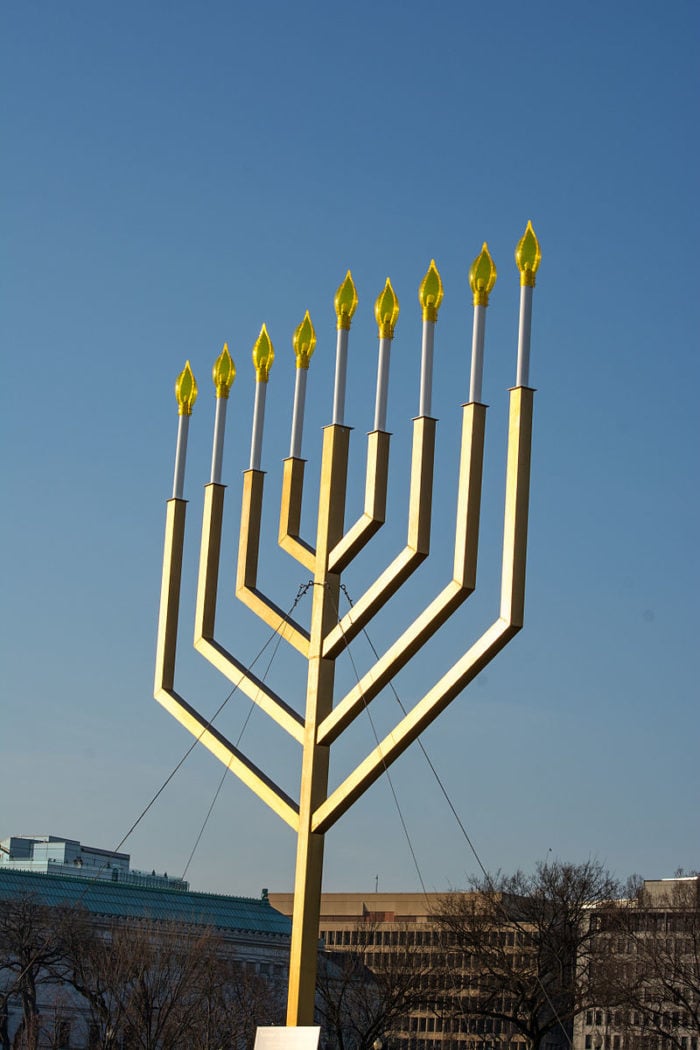 Did you know that we have a National Menorah is a large hanukkah menorah located in the northeast quadrant of The Ellipse near the White House in Washington, D.C. It was first lit in 1979 by President Jimmy Carter, and has been erected and lit every year since. The Menorah has grown in size as well, and is now 30 feet (9.1 m) high. 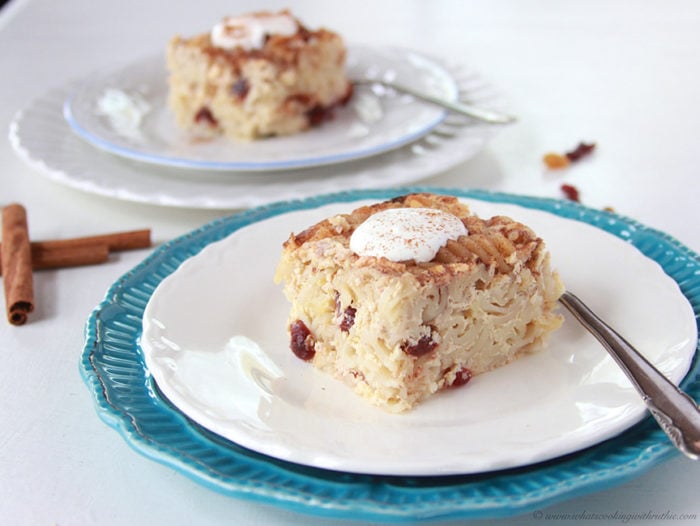 Cinnamon Raisin Kugel is a delightful noodle custard dish that’s a festive addition during the holidays!

We love to hear about your magical cooking moments. If you get a chance to make our recipes then leave us a comment or tag us on Instagram @cookingwithruthie, pin us on Pinterest, or follow along with us on Facebook so we can share in the joy of cooking with you! Please reach out if you have questions or comments via our email: ruthie@cookingwithruthie.com. We’re excited to see you again soon!

We love creating recipes and sharing our adventures with you, so if you can do us a huge favor it’d really support us! It’s easier to stay motivated to share our best with you when we hear from you!! We adore our readers and it really makes our day to get comments, social tags/shares, or pins that you save for later to share with your family and friends! Our hearts sing when you do. We SEE you and we do our very best to respond to all the love! It also amps up our mo-jo so we get lots of awesome things done around here.