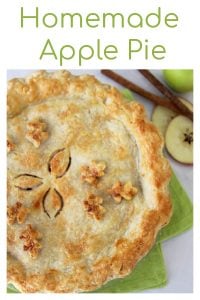 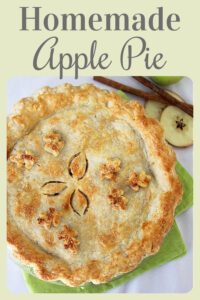 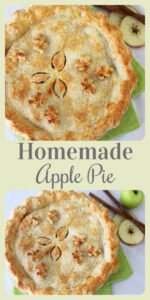 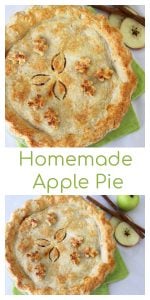 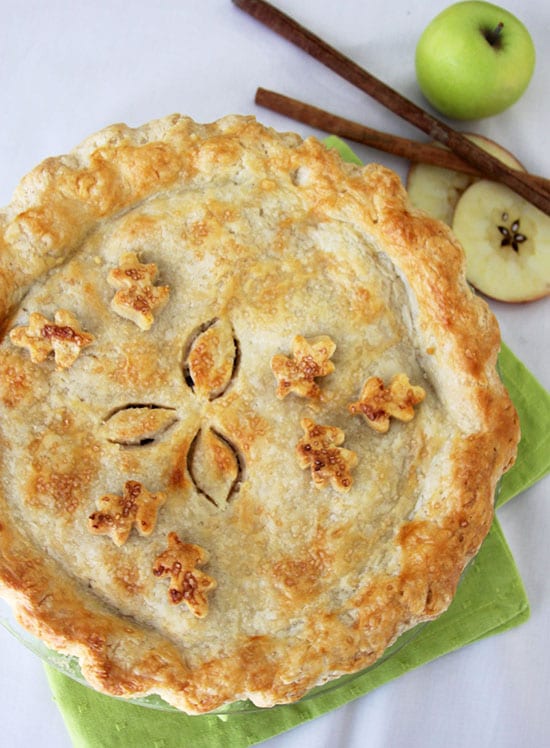 Because I have many memories of baking this apple pie recipe with my grandma in her kitchen. We hope you’ll be taken back to your grandmas kitchen with every bite too.

I’ll forever cherish my time, baking with her. We talked and laughed as we baked.

Sometimes… I sincerely and honestly wish I could go back to being a young girl, just so that I could go and spend a week at my grandma’s house like I used to do every summer.

Click on these links and try these organic ingredients! Simply Organic Nutmeg Ground, 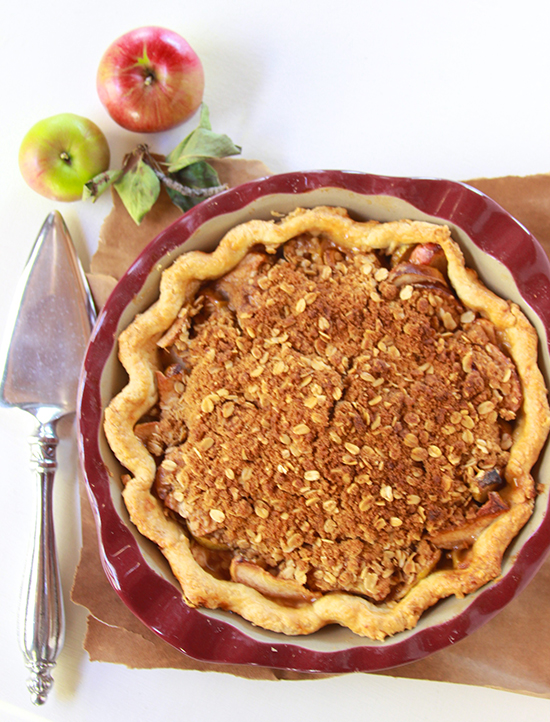 We think you’ll love our Brown Bag Apple Pie a try too!

• The saying “as American as apple pie” describes things that represent the best of American culture. People use this expression when talking about things like blue jeans, baseball, and rock-n-roll music.

• But why use apple pie in our pie? Why not some other fruit, like a cherry or peach? The reason might be a man known as Johnny Appleseed.

• A lot of stories and even a few poems have been written about Johnny Appleseed over the years. They made him into a larger than life folk hero.

• Johnny Appleseed was a real person. It was the name given to a man named John Chapman. Many Americans consider him responsible for popularizing apples in the United States. 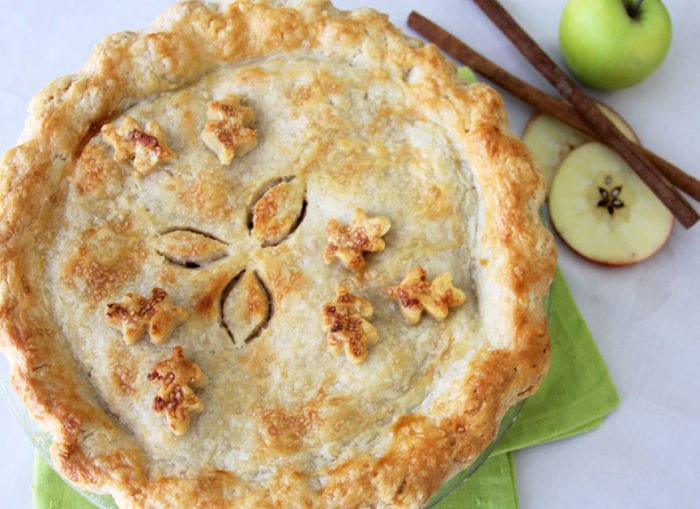 • John Chapman was born in Massachusetts in 1774 during the Revolutionary War against Britain. His father reportedly fought at the Battle of Bunker Hill and later served under General George Washington. While John’s mother died in childbirth, his father made it home from battle. He taught his son everything he knew about farming.

• The young Chapman took his father’s lessons to heart. For 40 years, it is said that Johnny Appleseed cleared land and planted apple seeds in the Midwestern states of the U.S. In a short time, the seeds grew to become trees that produced fruit.

• Apples were an important food for the early American settlers. Apples offered something different in daily meals. They were easy to grow and store for use throughout the year.

• Perhaps the story of Johnny Appleseed has made apples and apple pie so very American. Historians can debate that.

Enjoy a slice of our Homemade Apple Pie Recipe this autumn!

Ruthie is a professionally trained Chef who specialized in bringing cuisines, cultures, and culinary adventures to your kitchen. Madeliene is the mastermind behind the blog along with being a wife, mother, and full-time masters/doctorate student in psychology. Our mother & daughter team inspires readers to create in the kitchen, explore the world, and find joy in all the many aspects of living!
Author Bio Box by HOI
Author:
Ruthie & Madeliene
Categories:
Mentions:
Butter, Cinnamon, flour, granny smith apples, Sugar
Keywords:
Homemade Apple Pie Recipe
Last Updated:
January 10, 2022