Our French Baguette Recipe & Sacré-Cœur, Paris are a match made in heaven! The best Paris bread is a personal decision that requires exploring and taste testing the bakeries of Paris. Today’s were showing you how to make a baguette right at home! The ingredients in baguettes are pure simplicity: flour, water, salt, and yeast. It’s the baker’s technique that turns an average baguette into an all-star. Bon appétit. 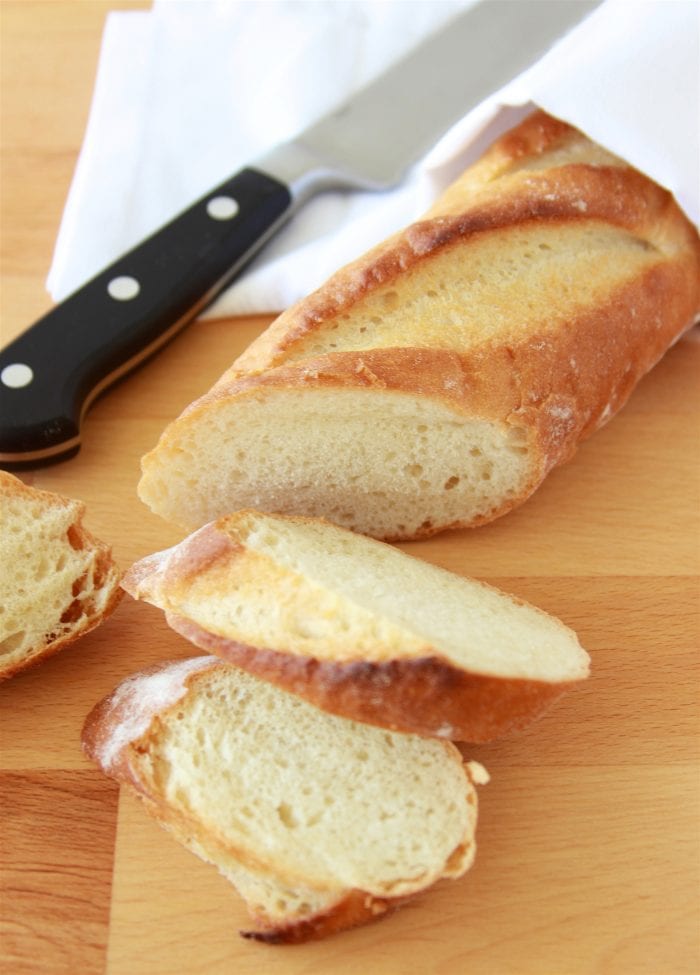 We love this French Baguette Recipe that I got in Culinary School. While it’s a challenge to make “real” baguettes at home, this version is probably as close to an artisan bakery version as you’re going to find. Now, don’t expect perfection the first time around, but the more you practice your baguette-baking techniques, the better the baguette you’ll make!!

I have to say one of the most endearing things about France to me, is that each day at about 4pm you begin to see a beautiful sight… baguettes in the arms of everyone walking home from work. I LOVED it so much! Everyday I’d wait and watch and sure enough at the appointed hour, they would begin to appear all over the streets– Baguettes!

Oh my. I love Paris and Baguettes! So now you can see why it was necessary for them to be together today in our French Baguette & Sacré-Cœur, Paris post. 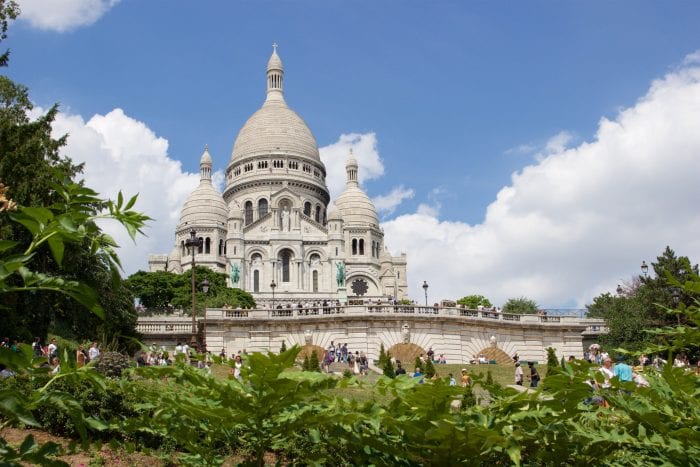 A match made in France: French Baguette & Sacre Coeur, Paris

French Baguette & Sacré-Cœur, Paris, will bring two of the most loved things about Paris, France right to you! Many tourist arrive in Paris with a bucket list of places to see and things to do… Eiffel Tower, Louvre Museum, Place du Panthéon, and Sacré-Cœur Basilica are popular destinations for sure!

A year ago, I was able to visit many of them including the Cathedral of Notre Dame, which is now in ruins. I feel so very grateful to have experienced it before the incomprehensible devastation took place.

On my trip this summer, I again worked on my Paris bucket list by visiting the Sacre Coeur, Chartres Cathedral, and the Eiffel Tower, which I’ll be sharing with you over the next couple of weeks.

How many baguettes are eaten every second in France?

The baguette is the symbol of France. Did you know that 320 baguettes are eaten every second in France? That’s half a baguette, per person, per day, with 10 billion consumed every year! 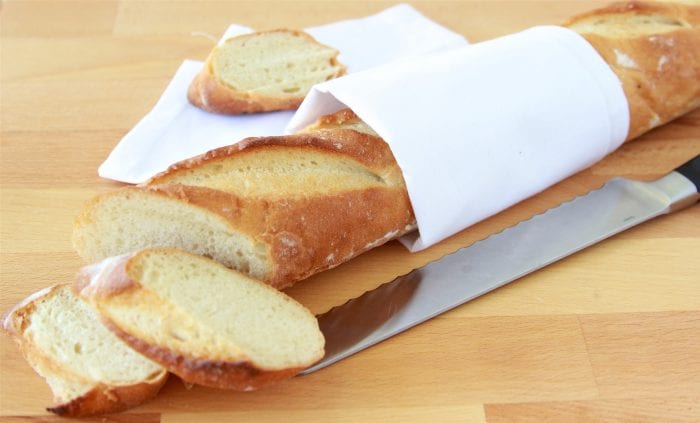 When was the first baguette invented?

The baguette would have been invented in Vienna by an Austrian baker called August Zang and imported in France during the 19th century.

The first steam oven was brought (in the early 19th century) to Paris by officer August Zang, who also introduced Vienna bread (pain viennois) and the croissant, and whom some French sources thus credit with originating the baguette. 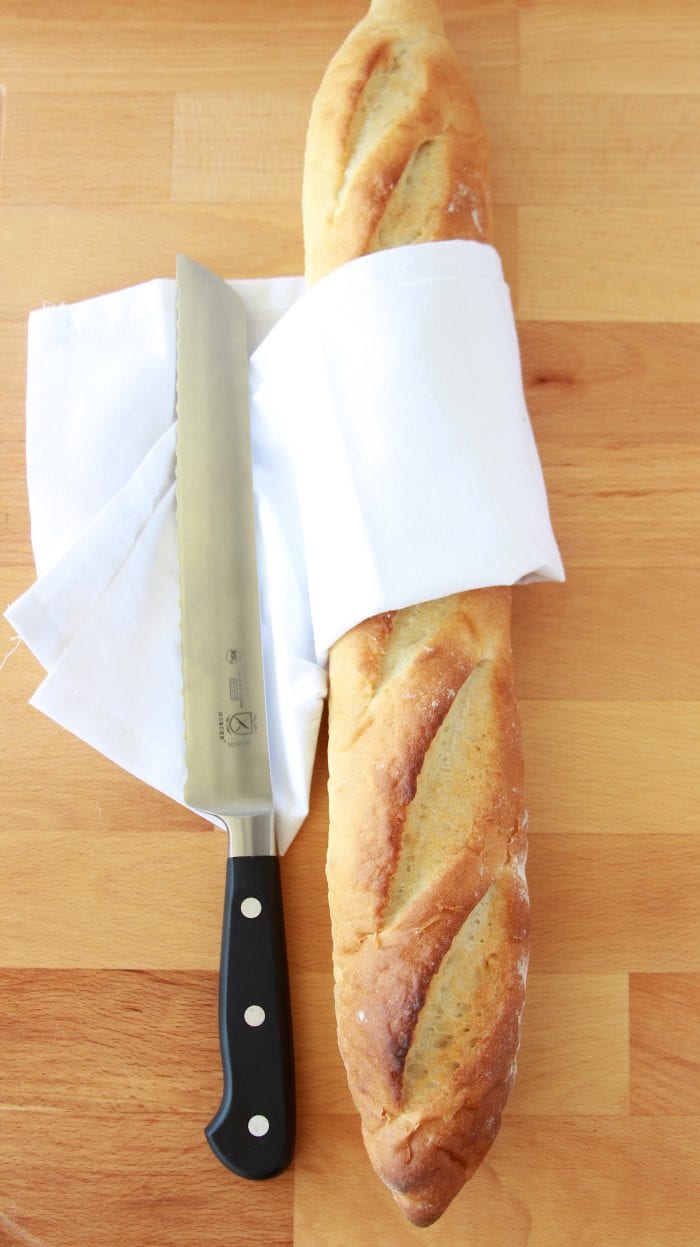 The art of Baguette making & baking!

A long, slow rise is an excellent way to develop flavor in simple breads like this baguette. As yeast grows, it releases organic acids and alcohol, both of which are flavor carriers. 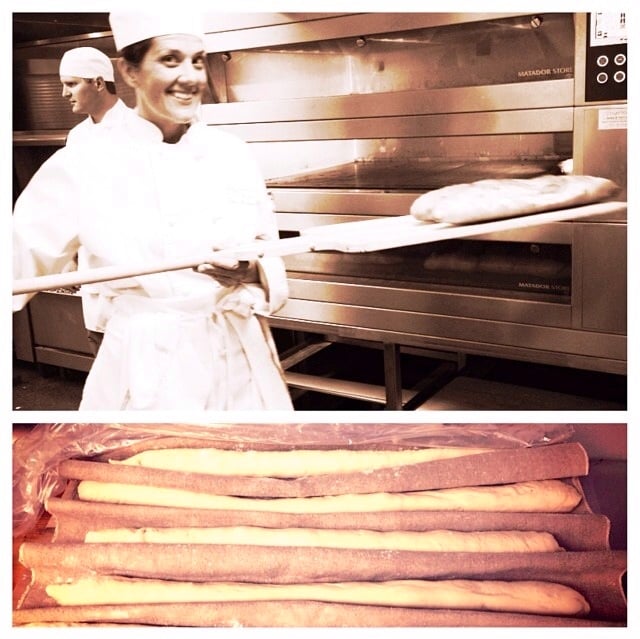 AND here’s a flash from the past– this photo is from when I made baguettes in Culinary School! 🙂

Is it difficult to make a baguette at home?

While it is difficult to make a baguette at home due to the simple fact that most of us do not have a commercial steam oven in our kitchens. I love this recipe from King Arthur Flour that I’m sharing today because with a little practice you can make a very lovely baguette at home! 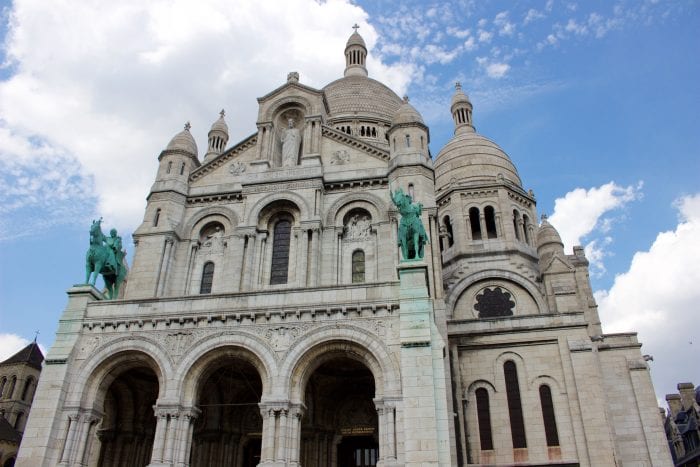 The Basilica of the Sacred Heart of Paris, commonly known as Sacré-Cœur Basilica

A popular landmark and the second most visited monument in Paris, the basilica stands at the summit of the butte Montmartre, the highest point in the city. Sacré-Cœur Basilica is above all a religious (Catholic) building, shown by its perpetual adoration of the Holy Eucharist since 1885. 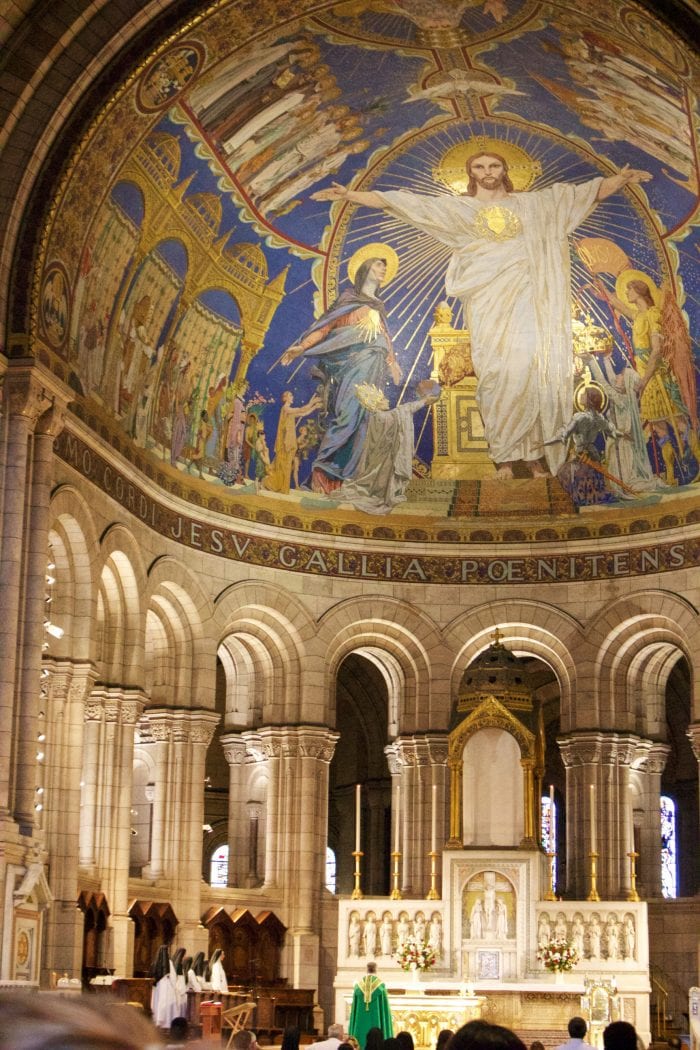 It is also seen as a double monument, political and cultural, both a national penance for the defeat of France in the 1870 Franco-Prussian War and for the socialist Paris Commune of 1871 crowning its most rebellious neighborhood, and an embodiment of conservative moral order, publicly dedicated to the Sacred Heart of Jesus, which was an increasingly popular devotion since the visions of Saint Margaret Mary Alacoque. 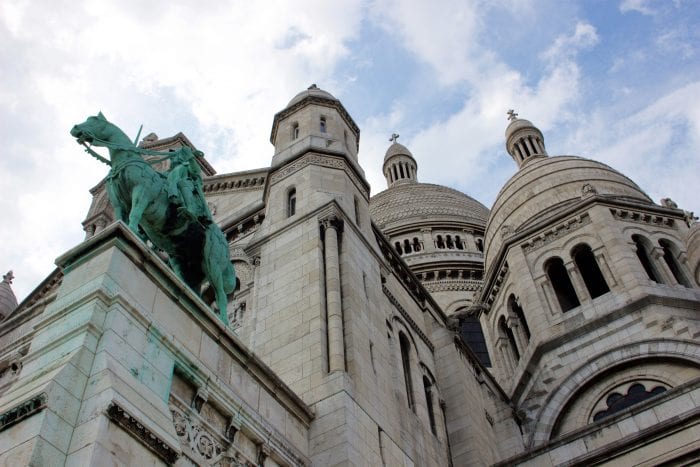 Tourists and others are asked to dress appropriately when visiting the basilica and to observe silence as much as possible, so as not to disturb persons who have come from around the world to pray in this place of pilgrimage, especially since there is the exposition of the Blessed Sacrament.

This recipe is from King Arthur Flour

Enjoy a taste of France with our French Baguette Recipe & Sacre Coeur, Paris!

Ruthie is a professionally trained Chef who specialized in bringing cuisines, cultures, and culinary adventures to your kitchen. Madeliene is the mastermind behind the blog along with being a wife, mother, and full-time masters/doctorate student in psychology. Our mother & daughter team inspires readers to create in the kitchen, explore the world, and find joy in all the many aspects of living!
Author Bio Box by HOI
Author:
Ruthie & Madeliene
Categories:
Mentions:
baguette, flour, france, paris, sacre coeur
Keywords:
French Baguette Recipe & Sacre Coeur, Paris
Last Updated:
October 9, 2021