French Endive Salad & Louvre Museum in Paris, France. . . I’m simply bursting with excitement to share them both with you all! French Endive Salad is just the a perfect winter salad and I had the hardest time picking the highlights from my visit to the Louvre Museum. You could easily spend several days there and still not see it all! 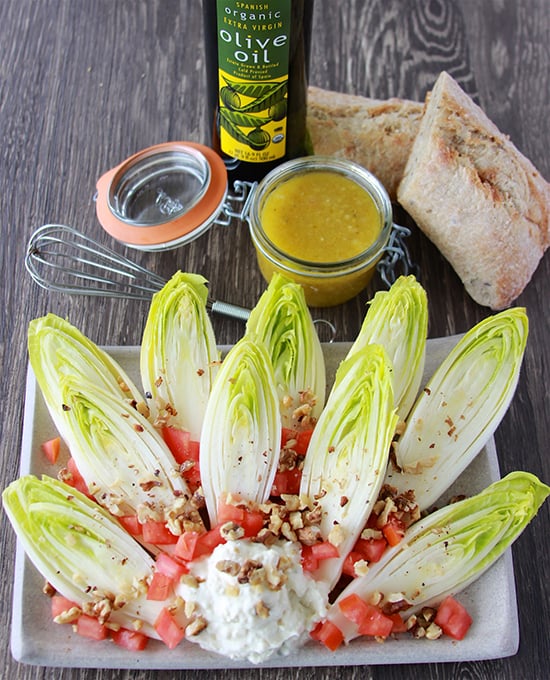 My highlights from The Louvre Museum

During my day at Musée du Louvre (I was there from open to close) I was completely awestruck as I meandered in and out of the galleries and collections of artwork. It is stunning as it spans back through the ages in various art mediums with pieces from every major master.

The first photo above is the Winged Victory of Samothrace is perhaps the best of the bunch. Although the sculptor is unknown, the technical mastery of the work as well as the way it imagines elements around it (like the wind ruffling the Victory’s dress) have made it one of the single most influential sculptures in the history of Western art. Not bad for a lady who is 2,200 years old and counting.

The Great Sphinx of Tanis is next

(Old Kingdom, 2600 BC, Old Kingdom)The Egyptian appellation for a sphinx was Shesep-Ankh, or “Living Image”, a symbolic representation of the close relationship between sun god (lion’s body) and king (human head). This one was inscribed with the names of the pharaohs Ammenemes II, Merneptah & Shoshenq. Excavated in 1825 among the ruins of the Temple of Amun at Tanis, it’s one of the largest sphinxes outside of Egypt.

The Vacant Throne is the last photo

As part of “Japonismes 2018: les âmes en resonance” to be held in Paris from July 2018, a monumental sculpture by artist Kohei Nawa is displayed under the Pyramid of the Musée du Louvre. Nawa has created this enormous floating vacant throne as an expression of his sense that information technology and artificial intelligence will eventually take place of the ultimate forces that lie behind politics and the economy. The inspiration for the throne came from the floats often found in religious ceremonies and festival in Asia. 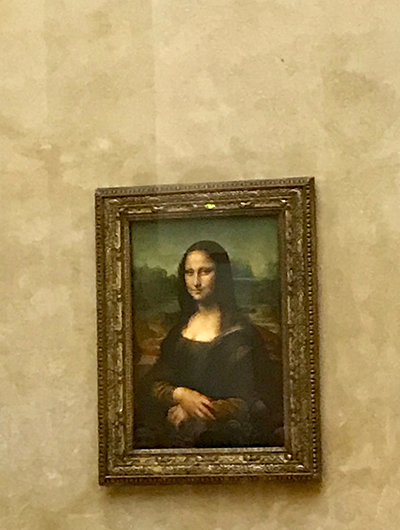 Da Vinci was famous even in his own day as a genius and a polymath who was literally changing the world. Because only a handful of his paintings survive each one has an outsized importance as the work of a man whose name was and is a bi-word for genius. He painted the Mona Lisa with a technique of his own devising called “sfumato” in which he layered coats of semi-transparent paint washes one on top of another to create a sense of three dimensions using light and dark. At the time it was revolutionary and so he was creating images that literally no one else on earth could create 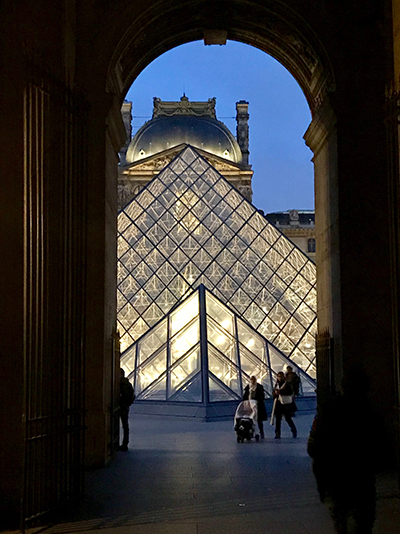 I.M. Pei was commissioned to create a new entrance to the Louvre in 1984 it raised a few eyebrows. When he came up with a giant, Modernist steel and glass pyramid it seemed half of Paris was up in arms. Although the controversy has quietened down over the years and the pyramid has gained many supporters, it remains one of the more divisive structures in the city. 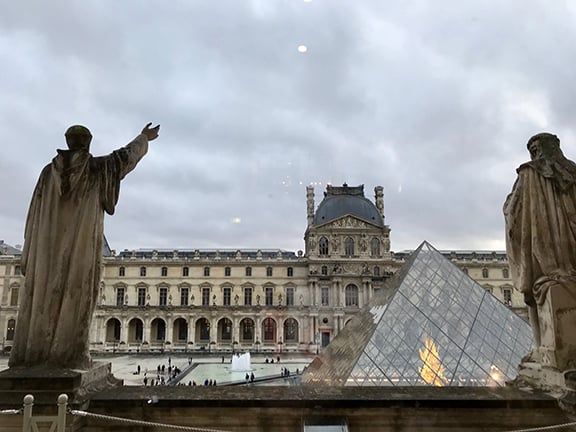 Most art museums have their fair share of paintings of naked women, but few have been as celebrated or as controversial as Jean Auguste Dominique Ingres’ Grand Odalisque. When artists talk about “odalisques” they are referring to a figure that was popular in paintings of the Romantic era depicting young women supposedly living in the harems of Eastern Sultans. 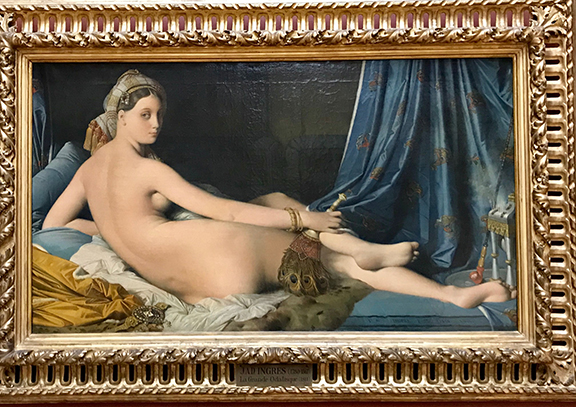 The Louvre filled with never ending corridors and floors of stunning masterpieces from the ceiling to the mosaic tile and marble work in the flooring underneath your feet. . .

Here’s a collection of some of my favorites from The Louvre Museum. . .

I really loved it when I came upon an artist recreating a masterpiece… I think I probably came across about six of them throughout the day I was there. It was touching. 🙂 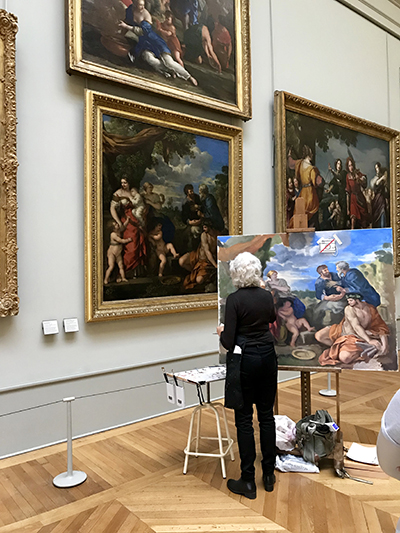 The Louvre Museum at night. . . 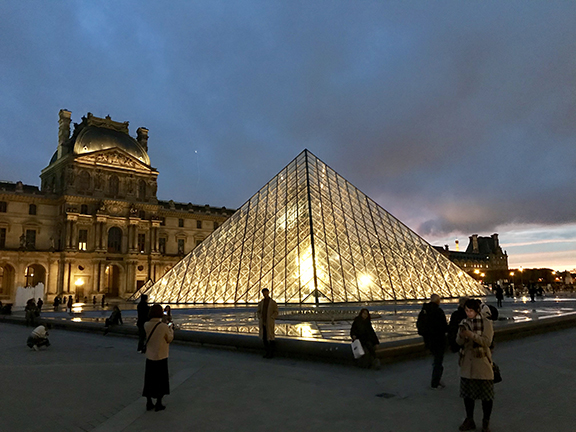 French Endive Salad & Louvre Museum and now back to our salad

The French Endive Salad can be made in a variety of ways the main idea is to combine savory and sweet:

You can even get creative with the savory and try different varieties of cheese: 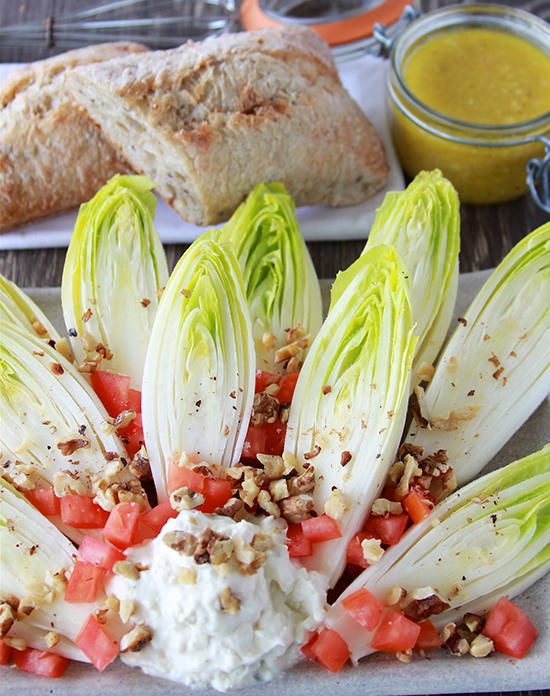 There are several varieties of Endive and any of them will be delish!

Here are some more French inspired recipes for you to enjoy: 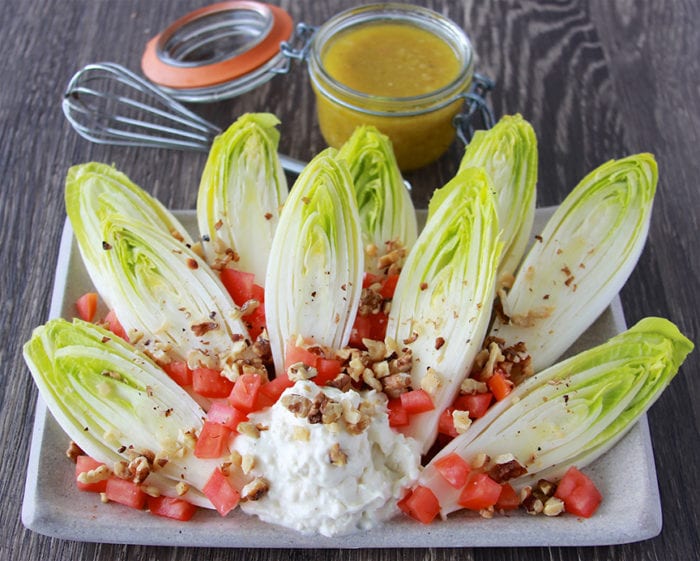 We hope you enjoy our French Endive Salad & Louvre Museum highlights too! They are both wonderfully French 🙂

We love to hear about your magical cooking moments. . . if you get a chance to make this recipe leave us a comment or tag us on Instagram @cookingwithruthie so we can share the joy of cooking with you!

One more thing before you go!. . . be inspired with CWR Recipe, Travel, and a variety of Etceteras every week by signing up to receive our emails! Click here to subscribe. We send out our newest posts, a collection of our latest favorites, and more!  We love to stay connected with you.