Japanese Green Tea Ice Cream is a smooth and creamy plus it’s a NO-churn ice cream with a delightfully mild green tea flavor!

I’ve loved this first month of our Culinary Journey Around the World and our journey through the beautiful country of Japan and all the lovely recipes we’ve enjoyed; we started off with the traditional Miso Soup, next was Cucumbers with Sweet Vinegar Dressing, and then the main dish was Salmon Teriyaki!

Naturally, we have to round things out with something sweet which brings us to our Japanese Green Tea Ice Cream 🙂 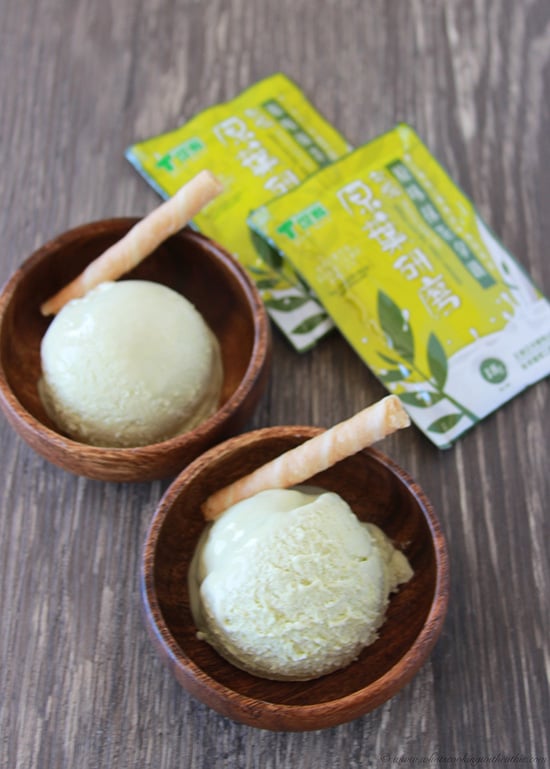 I found matcha green tea on my trip to the Asian Market but it’s readily available in most stores~ just look for powdered green tea or green tea latte/frappuccino mix.  I just loved this Japanese Green Tea Ice Cream recipe because it tastes just like churned ice cream but does NOT require churning!  It’s amazing…. smooth and creamy and everything 🙂 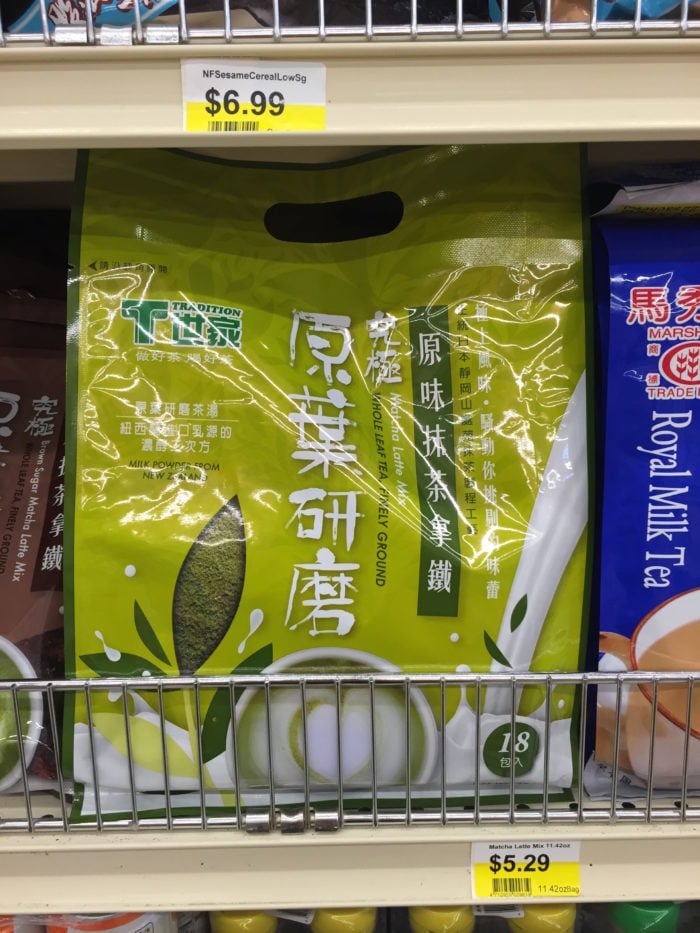 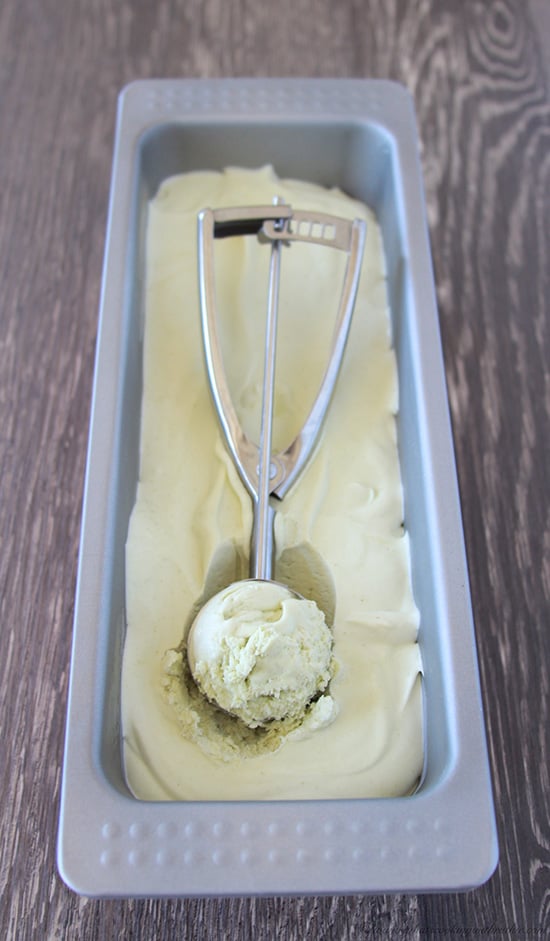 Many Japanese Restaurants in the US offer Green Tea ice cream and sorbets as a dessert.  The cool, light nature of these desserts complement the Japanese cuisine beautifully.  Green Tea Ice Cream is common in Japan, as are flavors such as ginger, chestnut, and vanilla. 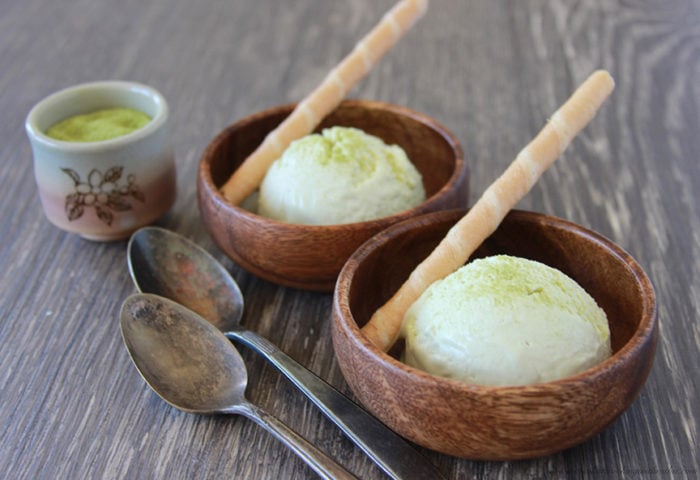 Powdered Green Tea- matcha- is used in the classic and traditional Japanese tea ceremony and nothing could be more strictly Japanese- it’s been around for a long time!  Maybe not for hundreds of years or as far back as the Japanese Emperors but it is delicious and available all over Japan now-a-days! 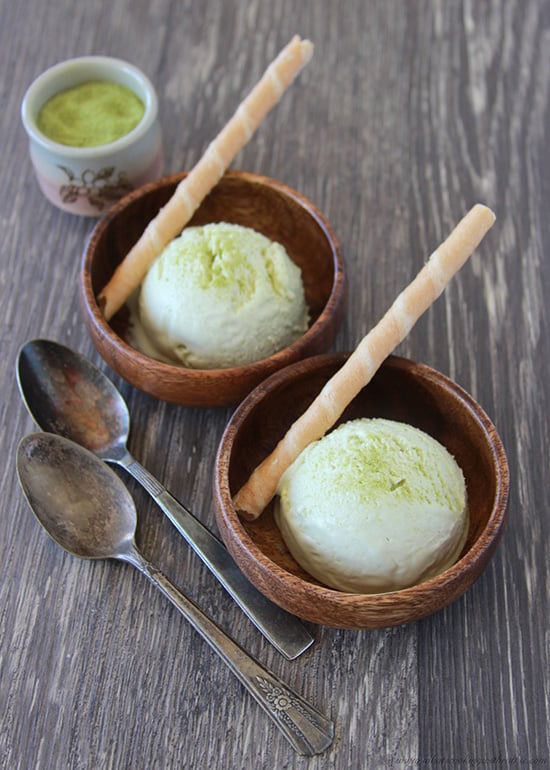 Green Tea, like all tea, comes from the Camellia sinensis plant- what makes it green is the the plant’s leaves are picked, steamed, and dried but not fermented as with black teas.  There are several different varieties of green teas but they are all delicate and should be prepared in temperatures between 125-170 degrees F.  Typically the better the quality of the tea the lower the temperature it is prepared so read the labels so you produce the best quality and tasting tea you can! 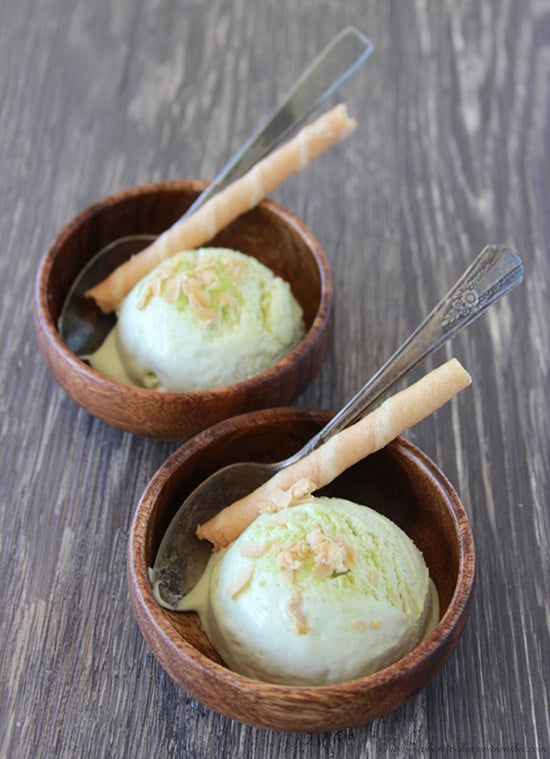 Since this is our last day in the beautiful country of  Japan, I thought it’d be fun to share some of the most popular travel destinations. Japan is a unique blend of traditional and modern, with many temples and buildings from the past co-existing with modern achievements in architecture and technology. Visitors can be immersed in Japanese history and culture one day and get a glimpse of the future through technological developments the next. Almost all of the historical sites are still used for their original purposes while remaining open to the public. The natural beauty of Japan can be seen all year. 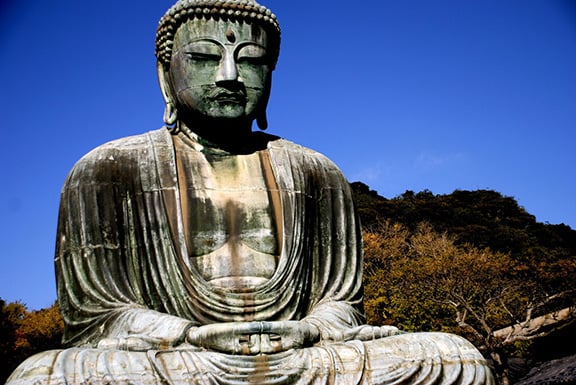 The Great Buddha of Kamakura is a colossal outdoor representation of Amida Buddha, one of Japan’s most celebrated Buddhist figures. Cast in bronze, the Great Buddha stands at over 13 meters (40 feet) high and weighs nearly 93 tons. The statue reportedly dates from 1252. Although it originally was housed in a small wooden temple, the Great Buddha now stands in the open air as the original temple was washed away in a tsunami in the 15th century. 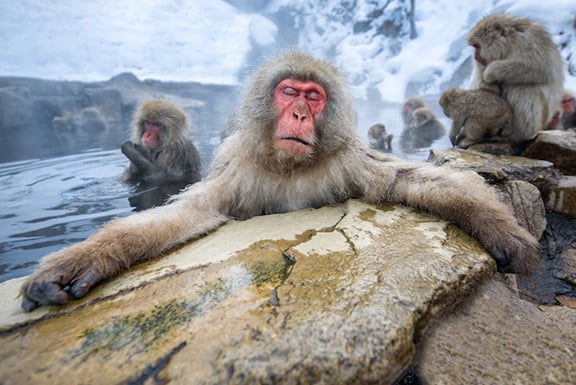 Jigokudani Monkey Park is a famous hot spring area near Nagano,. The name Jigokudani (meaning “Hell’s Valley”), is due to steam and boiling water that bubbles out the frozen ground, surrounded by steep cliffs and formidably cold forests. It is famous for its large population of wild Snow Monkeys that go to the valley during the winter when snow covers the park. The monkeys descend from the steep cliffs and forest to sit in the warm hot springs, and return to the security of the forests in the evenings. 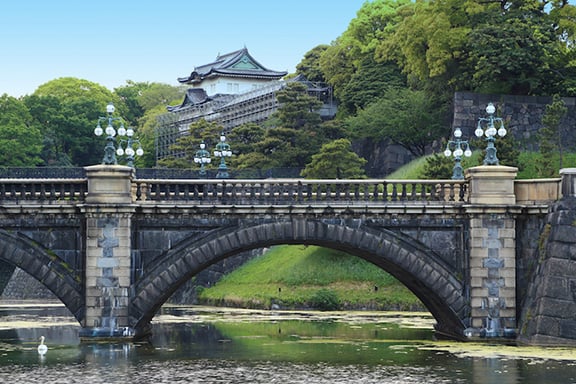 The Emperor of Japan makes his home at the Tokyo Imperial Palace. It also functions as an administration center and museum to showcase Japanese art and history. The palace is set on the ruins of older castles that were destroyed by fire or war, and architects have honored the past by incorporating design elements of the different eras into the modern palace. The new palace is surrounded by traditional Japanese gardens and has many reception and function rooms to receive guests and welcome the public. 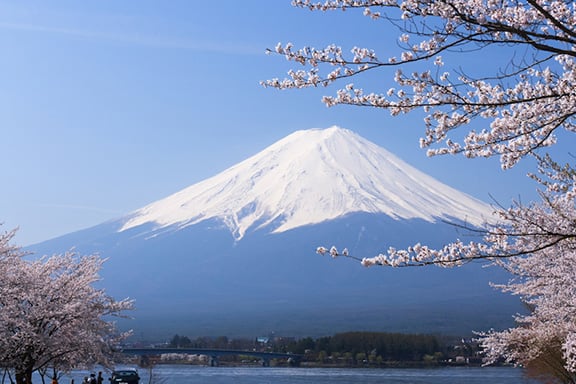 Mount Fuji is the highest mountain in Japan at 3,776 meters (12,388 ft). The volcano’s exceptionally symmetrical cone is a well-known symbol of Japan and it is frequently depicted in art and photographs, as well as a popular tourist attraction for sightseers and climbers. An estimated 200,000 people climb Mount Fuji every year, 30% of whom are foreigners. The ascent can take anywhere between three and eight hours while the descent can take from two to five hours.

(I found the top sites to see in Japan on touropia.com)

Japanese Green Tea Ice Cream is a beautiful ending to any meal~楽しみます(Enjoy)!!

Ruthie is a professionally trained Chef who specialized in bringing cuisines, cultures, and culinary adventures to your kitchen. Madeliene is the mastermind behind the blog along with being a wife, mother, and full-time masters/doctorate student in psychology. Our mother & daughter team inspires readers to create in the kitchen, explore the world, and find joy in all the many aspects of living!
Power Bio Box by HOI
You are here: Home Recipes Vegetarian Japanese Green Tea Ice Cream
Title:
Japanese Green Tea Ice Cream
Authors:
Categories:
Mentions:
cream, green tea matcha, sweetened condensed milk
Keywords:
Japanese Green Tea Ice Cream
Last Updated:
October 23, 2022