Japanese Cucumbers with Sweet Vinegar Dressing is a refreshing salad that tastes great with any meal!

The next recipe in our Culinary Journey Around the World is a simple to make side dish that’s similar to a quick pickled cucumber salad here in the states.  There’s no wedges of iceburg lettuce with blue cheese dressing in Japan!  Japanese salads are usually very light and refreshing and very easy to make.  You can use this salad as an accompaniment to any meal~ try them on the side of your favorite dinner like roast beef or chicken!

This Sweet Vinegar Dressing is a very typical Japanese salad dressing recipe that can be used for any salad or fresh vegetable. 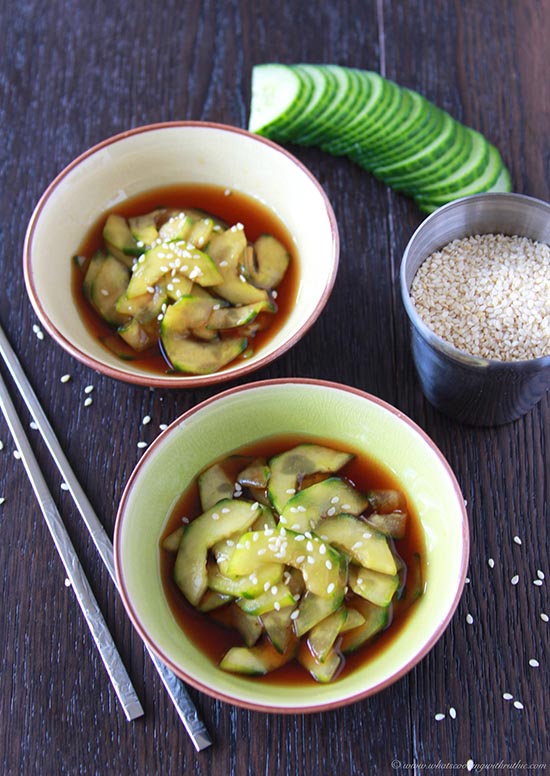 The typical Japanese kitchen does not have an oven, usually just a stove top with two burners.  Most of their cooking is done on the stove top but commonly they’ll have an electric rice cooker in addition.   Japanese cooking is fresh and seasonal~ it’s usually dictated by the season. Coastal cities have lots of saltwater fish, while mountain areas feature freshwater river fish.  Most dishes have few ingredients so each ingredient has the opportunity to shine!

Lets have a little chat about Soy Sauce… they are not all equal.  Sad to say some are just chemically processed and taste like it too.  Look for a “naturally brewed” soy sauce like Eden or San-J brands (they are easy to find in your natural foods market) and you’ll soon discover how much better it tastes.  Chinese soy sauces are usually saltier that Japanese so I don’t like them as much.  But, either way go for naturally brewed for sure!!

Did you know that there is a fifth taste experience?  I remember learning about this in culinary school but before that I hadn’t heard of the term.  So, what is it?  It’s call Umami.  Western Science maintains that there are four basic taste sensations- sweet, sour, salty, and bitter- and that all of them have a corresponding taste receptors in different locations of the tongue.  The Japanese include umami, which they define as as deliciousness or tastiness, as a fifth taste, with it’s own receptor on the tongue.  It’s hard to describe but some say miso, with it’s rich, complex aromas and flavor, is high in the umami factor.  So, now you’ve got to go make last weeks Miso Soup so you can experience it!!  Other examples are konbu, green tea, and parmesan cheese- they have the ability to enhance and heighten flavors, so they are often associated with the experience of umami. 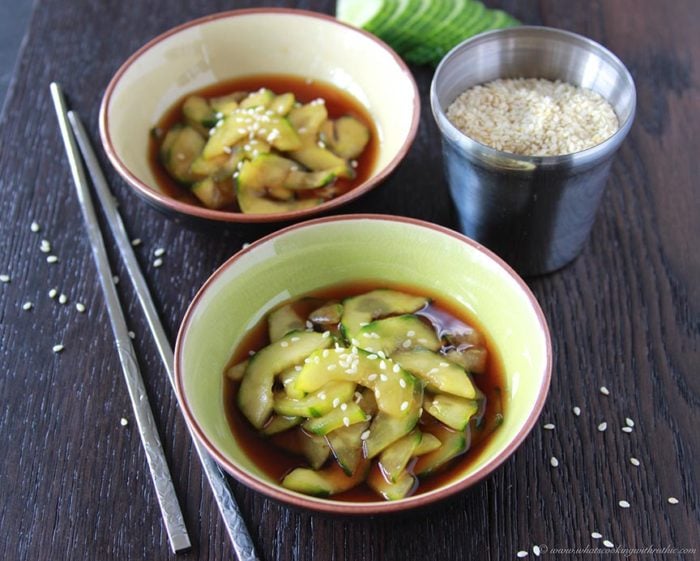 Let’s take another look at the Land of the Rising Sun and a popular destination called Amanohashidate which means “Bridge into Heaven”, it is said that the sandbar resembles a meandering pathway connecting heaven and earth when it is viewed from the mountains at either end of the bay. This famous view has been admired for centuries, and is counted among Japan’s three most scenic views.

The narrow sandbar, which measures as little as 20 meters across at its narrowest point, is lined with nearly 8000 pine trees and is considered among Japan’s finest pine tree spots. Some of the trees exhibit unique shapes and have been given names such as Meoto Matsu (Couples Pine), Nakayoshi no Matsu (Friendly Pine), and Chie no Matsu (Wisdom Pine).

There are a lot of things to do and see while in this area… I read about it on Japan Guide.com  so if you’d like to learn more it’s a great resource!

Wouldn’t it be just SO amazing to see Amanohashidate!!  One of these days…

Bring a taste of Japan right into your home with this Japanese Cucumbers with Sweet Vinegar Dressing and last weeks Japanese Miso Soup recipe too!!  They’re both definitely got some umami going on 🙂 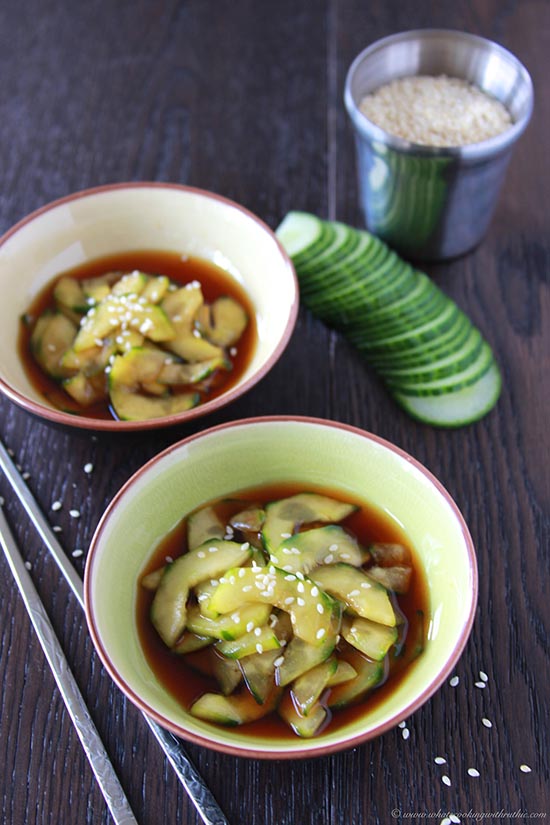 Japanese Cucumbers with Sweet Vinegar Dressing goes beautifully with whatever you’ve got cooking for dinner tonight!

I hope you have a beautiful Wednesday!